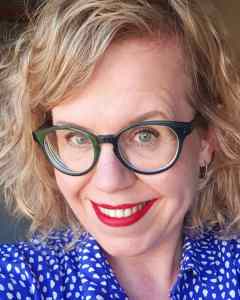 Karine Aasgaard Jansen is a senior researcher and a lecturer in ethnology at the Department of Culture and Media Studies at Umeå University in Sweden. She holds an Msc in social anthropology and a PhD in cultural studies from the University of Bergen, Norway.

Karine has done extensive ethnographic fieldwork in Réunion, Mauritius and Madagascar, and is currently leading the research project “Contagion and culture: The 2005-2007 chikungunya epidemic in the Western Indian Ocean”. The study is funded by the Swedish Research Council, and is a comparative medical anthropological project on human-environment interaction, and its effect on the diffusion and understanding of vector-borne diseases such as chikungunya across the islands of Réunion and Mauritius.

She has worked within the field of medical anthropology throughout her whole career, primarily focusing on issues at the interface between health and politics. Her primary research interests concern cultural conceptualisations of disease and contagion, in particular how political discourses and public health interventions feed into local illness experiences. She is also strongly committed to issues concerning women’s health, especially gender-based violence and fertility control. Since 2016 she has been affiliated to the Centre for International Health at the University of Bergen with a study on the black market for illegal abortion in Madagascar.

In press: Challenging chikungunya: Resistance to public health measures and etiology during the 2005-2007 epidemic in Réunion. Forthcoming in G. Campbell and E. Knoll (ed.) Disease Dispersion and Impact in the Indian Ocean World, Palgrave McMillan.

2018: What to expect when you’re expecting a pandemic: Public health and lay perceptions of the 2009-2010 swine flu outbreak and mass vaccination in Norway, Ethnologia Scandinavica 48.

2016: Tropical disease and the making of France in Réunion. In A. Winterbottom and F. Teshaye (ed.) Histories of Medicine and Healing in the Indian Ocean World, Volume 2: The Modern Period, Palgrave Macmillan.

2013: Otherness and Disease in Réunion: The Politicisation of the 2005 to 2007 Chikungunya Epidemic. PhD dissertation, Faculty of Humanities, University of Bergen.

2012: The printed press’s representations of the 2005–2007 chikungunya epidemic in Réunion: political polemics and (post)colonial disease, Journal of African Media Studies 4 (2).