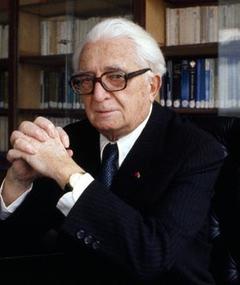 Fernand Braudel (1902–1985) and the Annales School introduced a revolutionary new paradigm for the study of history. Adopting a multidisciplinary approach in which geography and economics play the most significant roles, Braudel advocated a global vision of history.

Traditionally, history was built around state-building and the acts of “great men” such as Alexander the Great, Napoleon, and Winston Churchill. These exceptional individuals defined the scale of history; their deaths signalled a change of era.

Without contesting the value of such accounts, Braudel nonetheless proposed a shift in the historian’s focus. Beneath the rapid succession of events on a human scale, which the historian likens to ripples on the ocean’s surface, Braudel related the history of human groups to their environment, to structures such as trading and sailing routes, and to mentalities that shape societies.

For Braudel, the subject matter of history changes because its time-frame changes. The rise and fall of states, and the short-lived and dramatic moments of the lives of “great men” are replaced by the long-term rhythms of material life. Moreover, Braudel demonstrated quite clearly that history does not exist independently of the historian’s perspectives and prejudices. As with specialists in other disciplines, the historian intervenes at every stage in the making of history; indeed, history per se does not exist – only past phenomena submerged under the dark cloud of all-consuming time. Braudel’s approach led him to relate a history that not only called on eye-witness accounts and psychology but also on geography, political economy, and sociology. Braudel introduced new disciplines like new colours on the palette of history: he brought social sciences to history.

Braudel belonged to a group of scholars in the Annales School, who set about recasting history in the long term. Mahomet et Charlemagne by Henri Pirenne, La Société Féodale by Marc Bloch, and Rabelais ou le problème de l’incroyance au XVIe siècle by Lucien Febvre all attempt to ‘extract’ history from the strait-jacket of short-termism. Braudel’s work differed from these in that it added a geographer’s perspective. Hence, in Mediterranean and the Mediterranean World in the Age of Philippe II, Braudel was interested first and foremost in the environment in which the peoples of the Mediterranean basin lived: its mountains and plains, the sea, its rivers, roads, and towns. He combined the almost fixed rhythm of “geographic time” with the rapid rhythm of “individual time” and the movement of peoples and their ideas.

This research led him to study such focal points of human activity as Venice, Milan, Genoa, and Florence, and the exchanges that took place between them; the development of capitalism and its impact: flows of communication and money; shifts in borders; even changes in state structure. Moreover, the horizon for this reconstruction of history is the world – global history, painted on a giant canvas.

The Appraising Risk Partnership is an international collaboration of scholars and researchers dedicated to exploring the critical role of climatic crises in the past and future of the Indian Ocean World. With generous support from the Canadian Social Sciences and Humanities Research Council, the partnership seeks to create a comprehensive spatial and temporal database of human-environment interaction and interdependence during periods of climatic change.